Hello, gorgeous. It’s Tash Corbin here. Today on the blog, I wanted to talk to you about how to prepare your business for launch financially.

Okay. You might be thinking, “What do you mean prepare my business for launch financially?  Isn’t a launch something that brings in a huge influx of money in my business?  Why would I need to prepare for that?  It’s like, ‘Bring me the money.’”

That’s not actually always the case.

What I see for a lot of people who jump into working this leveraged income or passive income space is that when you do a launch that works really beautifully and is a planned, considered launch, the first few stages of that launch are to go out and promote freebies and opt-ins in which you get the opportunity to talk about your paid thing and have the money come in the door.

For a lot of people who go into launch, they end up spending for the first month talking about the free thing that they have to offer. It’s a lead magnet or they’re in pre-launch or the doors aren’t quite open. Or, they’ve only opened the doors to their thing to their mailing list.

Your number one job is to recruit people to the lead magnet.

What ends up happening is if you don’t have stability in your one-on-one income or your other baseline income, you can create this income dip for yourself in your business and that can be really tough when you’re struggling financially or you really are doing that monthly hustle thing going on in your business still.

Something that we do in the Heart-Centred Business Academy is we prepare your business for launch by looking at what your cash flow status is and what it’s going to look like during the launch. We can come up with some ways to actually ensure that the launch doesn’t derail your business financially.

The number one thing we can do is to create a short term cash injection. I’ve done webinars on this, I have the Seven Day Fast Money Challenge; there are ways that you can actually bring in a big influx of money in your business and that’s the perfect way to prepare yourself for launch because you know that that cash is actually going to tide you over during that launch period.

If you can’t do that short term cash injection, then I think that that says a lot about the likely prospects of your launch. If you can’t sell a $200 coaching session one-on-one, how are you going to justify a $200 group program?  One-on-one work is more likely for people to feel like they’re going to get the result out of it. That’s really the VIP treatment and if it’s the same price for the group thing, how are you going to be able to sell it?

By the same token, if you sell a $1000 coaching package and your course is $200 and you assume more people are going to buy it because it’s $200, how much work does it take to get five people to buy a $200 program compared to getting one person to sign up to a $1000 program with you one-on-one?

Actually, the perception is that it’s easier to sell the cheaper thing, but it’s not. Because, when you’re selling that one-on-one work, you’re doing it in a really connected way. People are most likely to already know you and you’ve developed your capacity to get that marketing and messaging correct as well.

Number one strategy is to look at ways that you can create short term cash injections through existing offers.

That could be your other programs, if you’ve already got other programs that you’re running. But most likely, it’s going to be through one-on-one offers and getting that baseline income through getting people to sign up for bigger packages with you so that you know you’ve got that consistent income coming in and that the launch isn’t going to completely derail your business.

I tell you, if you have a couple of zero income weeks while you’re in pre-launch mode, what does that do to your money mindset?  Are you going to feel like you’re in a space of abundance when you start talking about your program or are you going to be completely desperate and stuck in fear and, therefore, sound a little bit despo?  Let’s have a think about that.

The second thing that you can do to prepare yourself for launch is to use a shorter launch period.

Launch something smaller, go for a shorter launch, go pretty much straight and you’re going to do one week of a lead magnet preparation – getting promoted and getting that sort of thing in. Then, stop promoting the paid thing quickly because it’s cheap, it’s quick, it’s effective. I talk about this in my online courses program as well. You really want to start with something that you can just get out there, sell it, it’s a no-brainer price and really have an amazing practice at launching that prepares you for that next, bigger launch process.

The third thing that you can do is have an income generating launch.

This is really an advanced strategy. Instead of having a free lead magnet that you draw people into, one of your lead magnets can be paid. Therefore, it generates income all of its own.

Then, I was able to promote the relaunch of the Academy through to the people who had purchased those $10 things and say, “If you want more of this and some group coaching time with me and a beautiful Facebook community where you can get support and encouragement, then make sure that you jump into the relaunch of the Heart-Centered Business Academy.”

If that’s something that might help you, then here are my three tips. Here’s the summary of how you can prepare your business for that income dip that may come with launching.

If you’d like to learn more about these strategies, make sure that you come and join the Heart Centred Business Academy. I have some trainings and support there, including advanced launch strategies and how to create a launch frenzy.

Until next time, gorgeous, I’ve been Tash Corbin, you’ve been a fabulous listener and I cannot wait to see you shine. Bye for now! 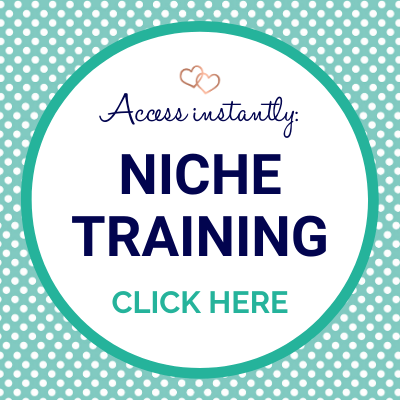